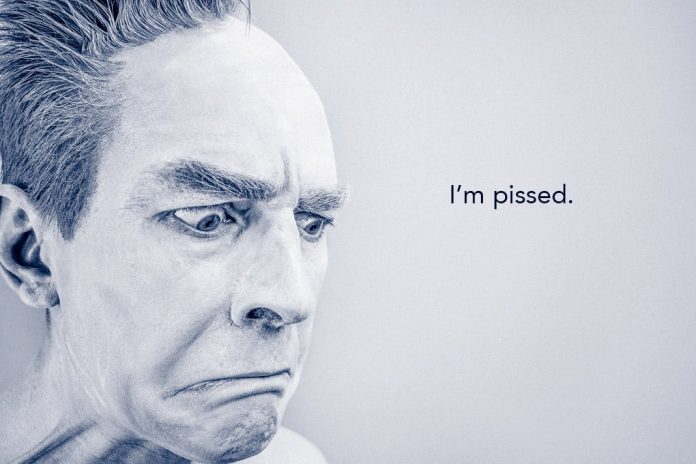 Americans are not addicted to being offended. We are pissed that you lack empathy towards anyone outside of being a Caucasian male. Mr. Strong’s article is written in the vain that racism and bigotry don’t exist, but that’s absurdly untrue.

Allow me to give you several examples of how outrageously racist the Trump administration has been in the last couple of months.

The first thing President Trump did that drew widespread outrage was when he referred to Democratic Senator Elizabeth Warren as “Pocahontas,” which seemed like a pathetically “SAD!” attempt to get a laugh out of the two code talkers standing next to him who obviously had no idea what he was talking about. “Although we have a representative in Congress who they say was here a long time ago. They call her Pocahontas.” Trump said – The White House quickly defended Trump’s comments, stating it was not the president’s intention to make a “racial slur.” Yeah, sure.

That isn’t even the worst part either.

Behind the podium that President Trump “honored’ the World War II Veteran code talkers was a portrait of former President Andrew Jackson. You know him, he’s the one who is widely considered to be the worst president of all time. He was affectionately referred to as the “Indian-killer” and even signed the Indian Removal Act in 1830, which was a forced expulsion of tens of thousands of Native Americans west of the Mississippi River.

So either one of two things is true in that situation; both Trump and his aides had no idea who Andrew Jackson was or they intentionally scheduled that ceremony in that room with Jackson’s portrait to send a message. So do you think it’s naivety? I don’t buy that. It’s more likely that they’re sending a racist message to either Trump’s base or to Native Americans that they’re supposedly celebrating, specifically.

Then there’s the recent infamous reference to Haiti and African nations as being “sh*thole countries,” which actually isn’t racist on its own even when you take into consideration that the majority of those nations are black, but it is when he actually wondered why the United States didn’t get more predominantly white Norwegian immigrants. That’s a direct racist comparison, which isn’t a surprise because Trump also defended neo-Nazis after the Charlottesville, Virginia incident, saying they were [also] “very fine people.”

We’re not offended because of your name-calling; we’re pissed that you’re supporting all of the Trump administration’s racist policies and ideologies. There are approximately 700,000 DREAMers terrified of being removed from the only home that they’ve ever known right now – only guilty of being a product of their environment – and worst of all, they know that there are millions of Trump supporters who don’t even want them here.

That’s just a clear lack of empathy and human decency.

For another view, read the rebuttal: America is Addicted to Being Offended