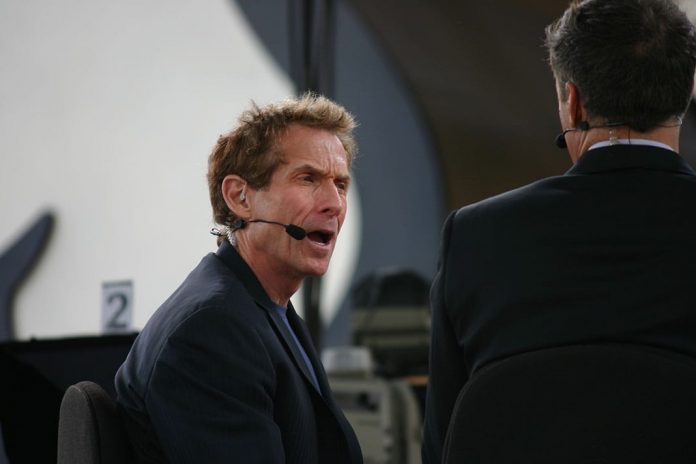 Ann Coulter is a controversial conservative who regularly contributes to the alt-right conservative Breitbart website. But before Breitbart became a hardcore take-no-prisoners anti-establishment “news” source, Coulter was already making the rounds as one of the biggest nut-jobs conservatism had to offer.

To be fair, Coulter’s pieces on Breitbart are surprisingly levelheaded in comparison to the other mentally ill-equipped and grammatically inefficient “journalists” who consistently muddle the truth in pursuit of the Breitbart brand. Coulter has the kind of right-wing ideology that initiated the alt-right movement.

Coulter’s incessant slandering of liberals – blanketing every single branding every one as an anti-Reagan toxic disease that’s ruining America – is egregious and dumbfounding.

Divisively, Coulter regularly appears on her so-called friend’s show, Real Time w/ Bill Maher. Just listen to the disdain in her voice every time she says “liberals,” the same way an elitist treats food service professionals like they’re second-class citizens. Coulter’s aggressive attacks on liberals are controversial to gain recognition or stay relevant. Whatever it takes. But if you think it’s only the political spectrum that revels in this aggressive rhetoric for attention, that’s simply not true.

Skip Bayless was a longtime Dallas sports columnist and former host of ESPN’s First Take with Stephen A. Smith before taking on his current position at Fox Sports 1 Skip and Shannon: Undisputed.

Bayless had floated around, working for The Miami Herald, the Los Angeles Times and The Wall Street Journal and was clearly successful before right his first book God’s Coach: The Hymns, Hype and Hypocrisy of Tom Landry’s Cowboys in 1989. He willed himself into being a national sports analyst by breaking stories about Dodgers players resenting Steve Garvey, calling him the “Golden Boy,” which was a provocative breaking news story.

He won a slew of awards like the Eclipse Award for Outstanding Newspaper Writing in 1977 for his coverage of Seattle Slew’s Triple Crown win.

Bayless was legit, much like Coulter was in her heyday.

Then he moved to his beloved Cowboys’ town in Dallas, Texas.

And those same Cowboys – his Cowboys, he’s a fan, allegedly – won a Super Bowl in 1993 and he knew he had to follow it up with something just as outlandish called Hell-Bent: The Crazy Truth About the “Win or Else” Dallas Cowboys.

But Bayless’ career grows increasingly desperate at this time like a once-famous film director searching for a hit after a string of box-office bombs.

To put it in context, though, you have to understand that Bayless was, somewhat ironically, at a low point in his career because his employer the Dallas Times Herald, had recently went under – desperately, independently selling his column to readers for $99 a year.

It was at that time when his name was sullied – being accused as a controversialist who would do anything to remain in the limelight. Coincidentally, Hell-Bent which you could argue was his last ditch effort to remain relevant made an absurd unsubstantiated insinuation that Cowboys quarterback – HIS quarterback mine you – was gay.

Aikman refuted that accusation with understandable and believable disdain for its author.

Who would believe it without “anonymous sources” by a desperate man with his career crumbling underneath his feet? Bayless has a long fruitful record of ridiculous analysis that would cause an aneurism in any true sports fan.

Here are some examples that he was unapologetically dead wrong about.

Derek Fisher will prove to be a much better NBA head coach than Steve Kerr.

I KNOW what Tebow can do in the NFL. I’ve seen it over/over/over. I’m not sure what Andrew Luck can do or if he has Tebow’s It Factor

And then he also said in January 2009, before he was an NFL quarterback, “Tim Tebow is the next Brett Favre!”

He also once said, “Johnny Football will one day be bigger in Cleveland than his buddy LeBron ever was.”

Or how about the time he said in 2011, “Again, I think Cam can be a good NFL QB. But I think Tebow (given Cam’s opportunity and support) can be a little bit better.”

Cam Newtown won the MVP of the NFL for 2015-16 season, while Tebow was out of the league and working for ESPN and about to endeavor on his minor league baseball career.

Or the time he bragged about his physical physique the way our egotistical gene-obsessed president brags about personal accomplishments, saying, “I’m pretty ripped. The pressure of the show drains me. It’s why I work out so hard. It’s why I’m jacked. I have to be able to stand up to the beating of it.”

That’s where Bayless and Coulter share a common voyeuristic journalism – a venomous narcissism that only a sociopath would continue to perpetuate without undeniable remorse.

And to add insult to injury, since Bayless left jumped ship from ESPN to FS1, his former show First Take – with former co-host Stephen A. Smith, who is top dog on the show now –has skyrocketed with in an increase of 70% in viewership and more than triple the ratings of Bayless’ new show Undisputed. This shows that Bayless’ hyperbole tactic is finally running its course.