Home Conservative America is Addicted to Being Offended 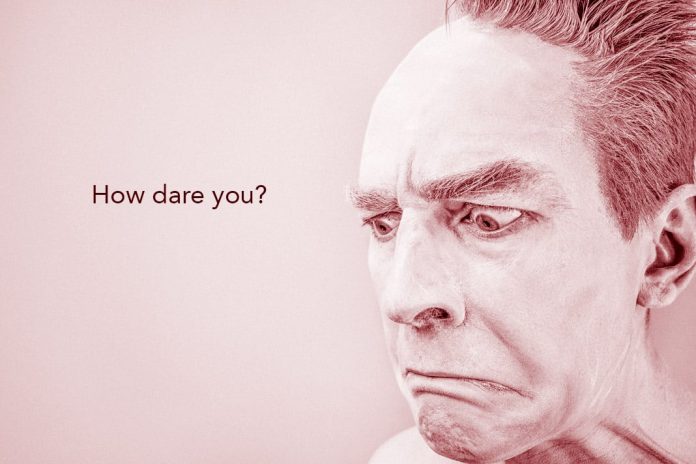 Let’s make something crystal clear; being offended is a choice.

2017 will be remembered at as the moment in history when being offended evolved into a widespread ravenous disease that consumed America. There is a certain population that allows feelings to control their lives, using outrage as an excuse to ignore discourse. The days are over when the school playground phrase “sticks and stones may break my bones but names will never hurt me,” was effective as a dismissal of vitriol. It was a choice and a strong one at that proved your words have no power over my feelings. Those that do allow a person’s words to penetrate their emotions are weak. And if that last statement insulted you – surprise – you’re obsessed with being offended.

Undoubtedly, the vitriol has escalated with the emergence of Donald Trump’s 2016 bid for president and it’s progressively getting worse – But instead of blaming Trump, consider that it spread because every insult begets more insults, which compound upon one another and into explosive outrage.

We’re quick to accuse someone who disagrees of being a racist, misogynist or a bigot. We’re quick to call someone a moron, an idiot or a dumbass. We’re quick to label individuals as groups like crybaby liberal snowflakes, cucks, social justice warriors, libtards, Trumptards, deplorables and Trumpkins. And we do all of this to emasculate and crush their souls with every intention of lifting our ideologies above theirs like we have a God-complex.

Sadly, this works. A lot.

What’s perplexing is that you know exactly what they’re doing. They’re trolling you. You’re already aware of the attempt and yet you’re triggered anyway, furiously smashing keys with a glint in your eyes because you’ll show them who’s boss.

This is the problem. You allow this to happen.

The left is more susceptible to outrage because this movement began with Trump upsetting Hillary Clinton in the 2016 General Election. Look no further than the “safe spaces” created for university students who openly bawled because they couldn’t cope with the idea of Trump being president.

But it’s nowhere more obvious than the outrage they express over the talking heads on Fox News. When Tomi Lahren posts a picture on Twitter of her drinking from a coffee mug that says “liberal tears,” check out the eruption underneath the post. Anytime Fox News posts something remotely biased, the outrage is almost laughable.

Why do you let that bother you? You already know what Fox News stands for and yet you continue this relentless malice as if you alone are going to change the network’s stance?

It’s not just liberals, conservatives tweet heinous accusations at celebrities who are actually shamed to the point where they’ll end up deleting the comment.

What exactly were you expecting? “Oh, you know what, you’re absolutely right. I’m going to come around to your ideology forthwith.”

Why even waste your time?

Ignore the hate and put your phone – or computer – down if you can’t handle the carnival of venom that’s running rampant on the Internet. Otherwise, you’re feeding the trolls and making them stronger.

For another view, read the rebuttal: America isn’t Addicted to Being Offended; We’re Pissed You Lack Empathy