Home Moderate The End of the Petrodollar System Could Lead to United States Economic... 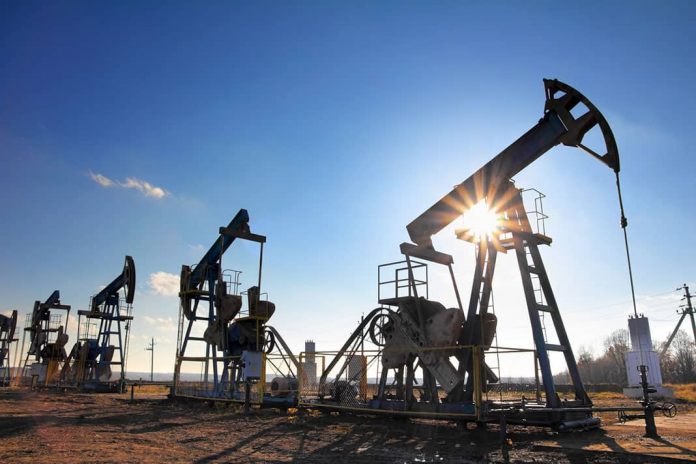 In August 2017, Russian President Vladimir Putin said that whichever nation reaches a breakthrough in developing artificial intelligence will become the new superpower of the world. Just days before that, Elon Musk, founder of SpaceX, declared that the further development of artificial intelligence is the most serious threat to the survival of the human race. Or, the deterioration of the petrodollar could win that race.

In July 1944, 730 delegates from all 44 allied nations met in Bretton Woods, New Hampshire, conveniently known as the Bretton Woods Conference – a financial conference whose specific agenda was to speed reconstruction following the end of World War II.

The key takeaway from the Bretton Woods Accord established that the U.S. dollar became the world’s reserve currency, which meant that international commodities would be pegged to the price of gold – giving us, the United States of America, complete power where we also refused to have any audits or views of our printing press. With that came a contingency that the gold would be priced at a rate of $35 dollars per ounce, but we also wouldn’t allow any oversight into how much money we printed – meaning that nobody knew the exact amount of gold that occupied Fort Knox.

By the time we got into the Vietnam War, many of the allied countries grew suspicious that we were printing more money than we had in gold, causing them to ask for their gold back at a rapid rate, perceiving this was a prelude to a worldwide stock market crash.

But in 1971, President Richard Nixon unilaterally pulled out of the Bretton Woods Accord and abandoned the Gold Exchange Standard. You can probably imagine the hostility towards the U.S. when it is clearly just downright theft. Between 1973 and 1974 the Organization of Arab Petroleum Exporting Countries quadrupled the cost of a barrel of oil by 400% (from $3 to $12 a barrel) due to the Yom Kippur War.

According to State Department records, this is when Henry Kissinger went on a two-week overseas venture to the Middle East between December 8th and December 22nd 1973. But on December 14th, 1973 Kissinger met with King Faisal of Saudi Arabia where he convinced the Arab OPEC to only deal in U.S. currency for all sales of petroleum and in return, Kissinger offered free military protection for their oil fields.

This is what’s known as the petrodollar

If the world’s oil supply is trade and sold under our currency, the U.S. can arbitrarily print money whenever it’s needed. The gold standard was replaced with an “oil standard.”

Now this is where it gets complicated.

On October 30th, 2000 a United Nations panel approved Saddam Hussein’s decision to stop using the dollar and switch to Euros citing it was “the currency of our enemy.”

By 2003, the U.S. invaded Iraq and oil was switched back to dollars.

In a public interview, US Army General Wesley Clark stated that there was a memo circulating and passed down from the Secretary of Defense immediately after the 9/11 attack that described how they were going to make a regime change in 7 countries in 5 years beginning with Iraq in 2003, then Syria, Lebanon, Libya, Somalia, Sudan and Iran.

But why was Saudi Arabia left off of this list?

When Donald Trump was just the frontrunner for the Republican nomination for president, he said that if elected he would halt purchases of oil from Saudi Arabia and other Arab allies, unless they commit ground troops to the fight ISIS or reimburse us for combating them.

But when Trump won the presidency, his first stop on his first oversees trip was one of the largest weapons sales in history to Saudi Arabia, totaling $110 billion for an arsenal of tanks, Blackhawk helicopters, radar systems, ships, missiles and a THAAD missile defense system.

Why the sudden change with no explanation?

On Friday August 11th, 2017 President Trump threatened a US military intervention in Venezuela because the country was descending into civil unrest.

Why Venezuela? They’re one of the few countries in the world that we don’t have an extradition treaty with, and quite frankly, intervention makes zero sense. That is until you learn that a month later on September 13th that Venezuela officially stopped accepting the dollar for payment of oil shipments.

Venezuelan President Maduro said, “Venezuela is going to implement a new system of international payments and will create a basket of currencies to free us from the dollar,” Maduro said in a multi-hour address to a new legislative ‘superbody.’”

Maduro also said about the potential of U.S. military intervention, “If they pursue us with the dollar, we’ll use the Russian ruble, the yuan, yen, the Indian rupee, the euro.”

Is it possible that the world knows the United States is clamoring to keep the petrodollar because the U.S. debt has become so massive that we know our economy will collapse without it?

Is this why the Russian government, which is financially dependent on oil exports, has gone to great lengths to hijack our election? Do they believe that the collapse of the petrodollar will collapse our economy and start an all-out war? Vladimir Putin is growing increasingly frustrated because of anti-Russian sanctions imposed by the United States dating back to 2012.

In early 2014, when tension levels between Russia and the United States were at an all-time high since the end of the Cold War, Putin addressed over 1,000 Russian dignitaries explaining that the west would never treat them as an equal partner.  And as recently as October 28th 2017, RT, a Russian television network funded by the Russian government, claims that Russia has been considering joining forces in solely using China’s petro-yuan to push the dollar out completely. If this happens, many other oil-producing countries might follow suit, and then America will be looking at an economic collapse.