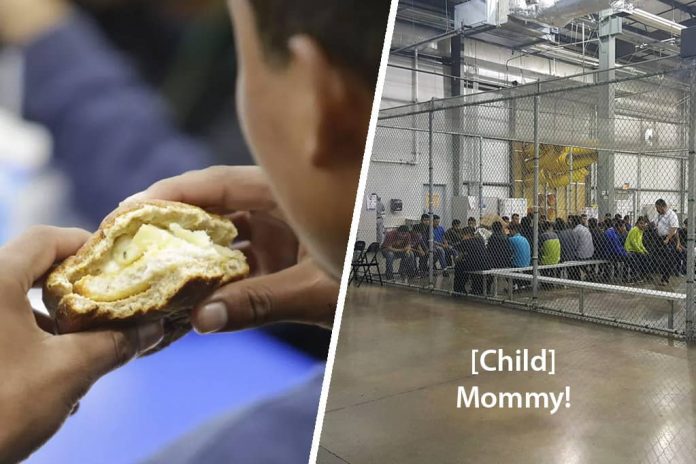 We’re introducing a new format on Free Press Daily News. In support of our slogan, Decide for yourself, we’re offering two viewpoints on a major topic in one article. Please read both and let us know what you think in a comment below. Thank you.
~ Chad Allen, publisher and managing editor

Witnessing your offspring suffer is one of the most unbearable experiences a parent can endure. Let’s not mince words here; the illegal immigrant family separation happening at the U.S.-Mexican border is an inhumane atrocity that needs to be solved immediately before this becomes yet another one of America’s shameful regrets. While it’s understandably sparking national outrage, you’re not getting the whole story because the liberal media is selectively lying by omission for that very reason.

The detention centers that the children of illegal immigrants are being held has been described as being kept in “cages” often compared to Japanese internment camps during World War II, or even worse hyperbolically called “concentration camps.” Children are not being murdered or starved to death. That dangerous comparison is not only irrational but it also grotesquely minimizes the detriment of the Holocaust.

You’ve probably seen the pictures of children crying in literal metal cages. You’ve heard the stories of infants being literally ripped from their mother while breastfeeding. And you’ve probably heard that ICE has been lying to parents and children that they’re just taking them to get bathed and they will be reunited shortly. None of this is acceptable and should never been implemented during the April memorandum from the attorney general’s office mandating this new “zero tolerance” policy.

Many of those horrifying pictures depicting despicable living conditions like children sleeping with blankets that appear to be aluminum foil.

Got them from @CBP.

The first photos since zero tolerance was announced inside the largest Border Patrol processing station in US — McAllen’s Ursula.

This is where we toured today.

They say it’s where more kids are separated from their parents than anywhere else in the US. pic.twitter.com/yMsAo1vMKd

They quickly circled the web, but those are only from a handful of detention centers. One in El Cajon California looked like a suite at the Four Seasons compared to several in Texas.

Here’s video of the shelter I visited today, where illegal alien children are housed if the adults accompanying them are detained. https://t.co/n8sHhRTkr0

Still not good enough: “Many elements of Casa San Diego…seem like what one would expect from a boarding school…classrooms, a play area with soccer goals…medical clinic with superheroes.” https://t.co/9SdUkpUJte

Yes, this is anecdotal but Ingraham is right that although the living conditions are far better than the others, ripping children away from their parents still isn’t good enough. No amount of amenities can justify the fear of a child not knowing where the future lies.

You may have also seen a picture of a mural at one detention center that featured President Trump’s photo and a quote that said, “Sometimes by losing a battle you find a new way to win the war.” The liberal media presented this as if it was a dictator’s fear mongering message. But it’s actually just a quote from his book “The Art of the Deal,” and he’s not the only president to have a mural in a detention center. Obama, JFK and Abraham Lincoln had their own in the Brownsville center.

Here are some of the other presidents at the Brownsville center, which media forgot to mention. Obama, JFK, Lincoln… pic.twitter.com/RIy5QJdTHT

Separating children from their parents, on the surface, appears to be undeniably cruel, but it’s just part of the due diligence. Some of these illegal immigrants are genuinely seeking asylum, but this is an unfortunate crucial part of the process to protect the child so they can determine whether their claim is true or not.

And this isn’t exclusive towards illegal immigrants crossing the border where the parents are charged with a misdemeanor, American citizens can undergo the same family-separation treatment when they commit a crime as well. If the parents are proven to have been abusive or neglectful for a litany of reasons – including being charged with some misdemeanors – then their child is placed in Child Protective Services’ custody. One might argue that the circumstances between the gamble of an illegal immigrant crossing the southern border to save their child from abuse and an American citizen’s neglectful behavior are vastly incomparable. But the illegal immigrant must be aware that there is a process – and a long one at that.

That’s not to say the process can’t be fixed because the wheel is definitely broken in this scenario. Although it can be improved, it’s not a “concentration camp.”

President Trump’s administration and the right wing media are demonizing illegal immigrants with a broad stroke. By blanketing every migrant who crosses the border illegally as being criminals, it allows Trump’s base to justify the cruelty of family separation.

Many of these families coming across the border are actively seeking asylum. They are not trekking hundreds or even thousands of miles for the dream of making it in America. They are fleeing dangerous crime-ridden areas for protection against physical danger in their home country.

One thing perpetuated by the right wing media, from Fox News to the alt-right abominations like Breitbart and TownHall, is that it’s totally simple to just apply for asylum at the U.S. embassy in Mexico instead of crossing the border illegally. That’s a bold faced lie and they know it. They know exactly what they’re doing – crossing their fingers, hoping, they won’t do the adequate research and just take their word for it.

Democrats would prefer to never mention this and act as if these families have no other options, to blame Trump

This tweet has over 31,000 likes and the information couldn’t be further from the truth.

The reality is that U.S. embassies or consulates cannot process applications for those that seek asylum or refugee status. The only way to seek asylum status is by crossing the border, which is illegal. It’s a double-edge sword for many of them and it’s plausible to say that they had no idea that seeking asylum would become more malicious in the last several months. The Trump administration and attorney general implement issued a policy in April – giving ICE free reign to enforce illegal immigrant family separation – with many of these children being infants.

Right wing media has either become grossly incompetent or they are actively deceiving their viewers to perpetuate falsehoods, and in turn, weaponizing their viewers against liberals who find this policy profoundly harsh and a violation of human rights.

Fox News’ Tucker Carlson is undoubtedly one of the biggest deceivers.

Carlson recently warned to his millions of his viewers at the height of the illegal immigration family separation, “If you’re looking to understand what’s actually happening in this country, always assume the opposite of whatever they’re telling you on the big news stations.” Ironically, Fox News is the biggest news station. But encouraging his fan base that he – and the rest of Fox News – is the only station that’s telling the truth is a violation of ethical journalism. And they know it.

Many images of the detention centers along the Texas-Mexico border have been leaked that shows children sleeping in blankets that appear to be aluminum foil, children crying in cages and audio files of children crying for their parents.

Here’s one such audio that was recently released.

We’ve just published secretly recorded audio from inside a govt facility where children are being separated from their parents.

You can hear them screaming.https://t.co/cEUspwzJR2

It’s the right wing media’s job to take a horrifying audio file like this and somehow spin it to justify that there’s good reason for this abomination. They’ve been throwing around rhetoric that criminals who are American citizens have their children taken away from them if they commit a crime. When the parents cross the border they are immediately charged with a misdemeanor, but the only way to legally seek asylum is by committing a crime to do so.

The right wing media perpetuates to conservatives that they should have zero empathy for these children and they are surprisingly doing a great job at what is unarguably inhumane.

Which viewpoint do you agree with, and why? Let us know in a comment below.