Home Liberal Why Trump and the GOP Wanted a Government Shutdown 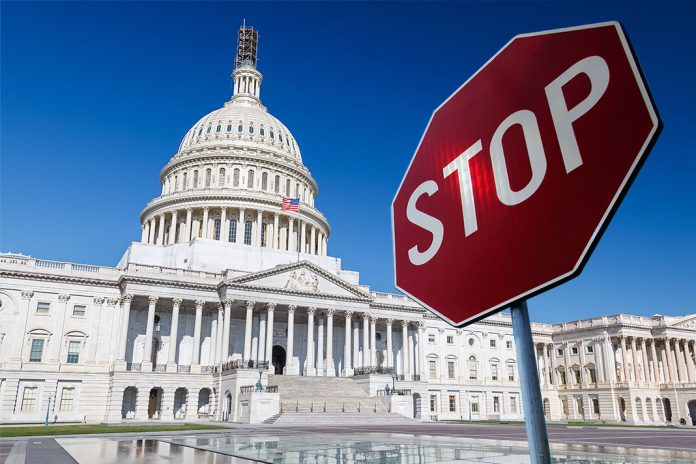 “If we do this properly, DACA, you are not so far away from comprehensive immigration reform, and if you want to take it that further step, I’ll take the heat,” President Trump remarked at a January 9th White House meeting. “I don’t care. I don’t care. I’ll take all the heat you want to give me.”

Two days later on January 11th for a meeting about DACA as well, Trump referred to African nations as “sh*thole countries,” — a violent shift in tone compared to his comments just a couple of days prior. Key negotiator of the immigration talks, Illinois Sen. Dick Durbin, broke the news in a press conference calling Trump’s remarks “hate filled, vile and racist.”

“I cannot believe that in the history of the White House, in the Oval Office, any president has ever spoken words that I personally heard our president speak yesterday,” Durbin said. “He said these hate-filled things and he said them repeatedly.”

Even though President Trump, of course, denied those comments as he persistently does, he did confirm that, “The language used by me at the DACA meeting was tough.”

This begs the question. Why then? Why at that particular moment and not in the days prior? Why wait until then to speak your true feelings about DACA?

President Trump already had a deal to fund the government – it included concessions by both sides with the inclusion of both DACA and CHIP – and he was reportedly ready to sign it, but suddenly he had a change of “heart” with his racist tantrum about immigrants being from “sh*tholes countries.”

The reason for the timing is simple. Trump had every intention of using DACA against the CHIP bill in order to defame Democrats – blaming them exclusively for the government shutdown and cater to his base with righteous racist indignation.

Think about it — at the time of this article’s publishing date – Trump’s approval rating is in the low 30’s and the Republicans know they’re going to get killed in November – looking at Virginia and Alabama as a sign of things to come – and anything that could help would be considered a win.

Here are some far-right wing sites’ posts about this particular issue that slander’s Democrats as being vile people while perpetuating blatant racism. This goes to show that what they conveyed is exactly what Trump and his GOP enablers actually accomplished.

This is the social media divisive garbage that Trump’s base eats up.

Now look at this commercial spot’s heinous message that Trump “approves,” at the end.

ON #MTP: “You know that ad was created by an outside group… it’s not done from people working inside the White House,” @Marcshort45 says on an ad attacking Democrats which was paid for by Donald J. Trump for President. pic.twitter.com/fTyqj4WAjZ

Trump had every intention of stringing the Democrats along so he can say, “well, we at least tried coming to an agreement.”

Senator Chuck Schumer made a 90-minute last-ditch effort before the deadline, claiming he was willing to negotiate Trump’s border wall into the deal to save DACA, CHIP and prevent a government shutdown. Schumer even said that it was “a good meeting,” after he left the White House just after 2:00 PM on Friday, and President Trump agreed.

Excellent preliminary meeting in Oval with @SenSchumer – working on solutions for Security and our great Military together with @SenateMajLdr McConnell and @SpeakerRyan. Making progress – four week extension would be best!

But, predictably, Trump backed out again. The man who holds all the cards backed out after claiming that they had great progress? Seems fishy, right?

They spoke one more time about a short-term extension that the House Democrats and Republicans had discussed, but Schumer said he was interested in what they had already agreed upon. Then, Chief of Staff John Kelly informed Schumer that the deal was too “liberal,” even after they had already made an agreement.

Trump was done negotiating at that point.

Not looking good for our great Military or Safety & Security on the very dangerous Southern Border. Dems want a Shutdown in order to help diminish the great success of the Tax Cuts, and what they are doing for our booming economy.

When you consider the fact that he not only went back on his word with Schumer, but he also refused to negotiate any further, combined with the fact that he accused Democrats in a last Tweet before the shutdown most likely means this was his plan all along.

All of his base and those on the fence were just reassured by Trump that Democrats were the problem once again even though he is supposedly some sort of stable genius master negotiator.