Home Moderate Why You Should Stop Watching 24-hour News Networks 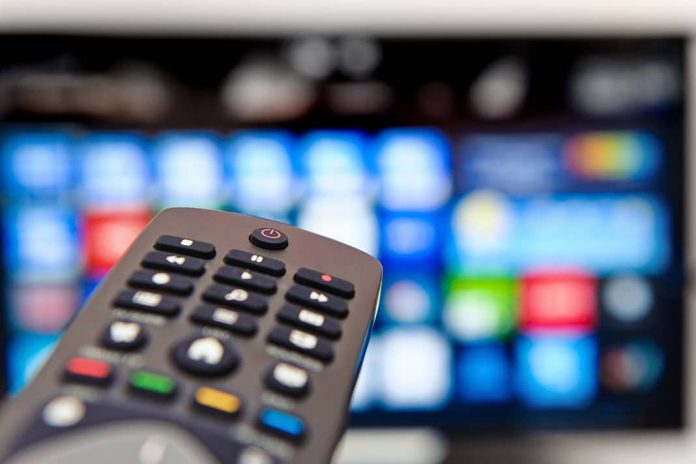 Jon Stewart once said, “24-hour news networks are built for one thing and that’s 9/11.” Simply put, the former The Daily Show host is saying that the only real value of an endless news cycle is in the wake of a tragedy that continues to unfold by the minute. But before conservative Fox News viewers shun this article because it opens with a quote by the famously liberal comedian, think about his statement objectively. Stewart isn’t only talking about conservative news; MSNBC and CNN can all be just as toxic as the next when designing the content for a 24-hour cycle.

It wasn’t too long ago when that entire day of news was simply non-existent and half-hour national news dominated the airwaves by a handful of respected journalists. Now, there is an oversaturation and that comes with a gross amount of mediocrity that plagues these networks. It comes with unimportant, bloviated hyperbole that’s condensed, and worse, normalized. CNN is one network that wasn’t considered a polarizing liberal network when it came about. They changed the game when they were the only ones covering the Gulf War. So, unless a tragedy consumes the airwaves, it’s all talking heads covering the exact same issues as their predecessors just did by the hour.

Sadly, economics is the only way to digest the existence of all news media. There are two forces at work when it comes to the three major 24-hour news networks and its audience; the viewers and the networks narrative bias meets somewhere in the middle to mold each other’s personalities. They actually dictate each other. Fox News has always been a Republican defender, but when President Trump was elected, the network altered its pandering to fit their new audience. Transversely, MSNBC and CNN catered to the anti-Trump narrative. Don’t split hairs here; whether you like President Trump or not, he’s the best thing to happen to journalism in a long time because his divisiveness generates revenue.

Michael Schmidt of The New York Times recently interviewed Trump in one of the most bizarre and outlandish conversations, even for Trump. He pointed out that in 2020, the media will want him to win because they will tank otherwise. Guess what, he’s not wrong about that.

That revenue is precisely why these venomous wastelands of endless content will never cease to exist and legitimate journalism has perished, because it’s all sensationalism. Like any business, you have to understand what your demographic is and cater to that specifically. Fox News will consistently bring on liberals with opposing views to their talking heads, but with a broad stroke they’ll paint them as being lunatics. And it’s no different than MSNBC or CNN – the formula being the crazier they sound, the more they can try to blanket the entire opposition as if they’re extremist nutcases. All of them are guilty of this.

What’s worse — hilarious, even — is that all of them pretend to be more objective than the competition – regularly pointing out that the others pale in comparison, like silly immature schoolchildren yelling over each other, “I know you are, but what am I?” This objectivity is a façade and it’s painfully obvious when these news’ sites use petulant labels like “The liberals” and “The conservatives,” as if those terms define an entire group’s philosophies — and consequently accusing everyone associated with that group as being categorically wrong.

All of this has damaging consequences on society sadly because there are too many impressionable people who regurgitate misinformation spread by these opinion analysts disguised a legitimate journalists. And the problem is that loyal fans of those talking heads can’t discern the difference between their opinions and facts.

They are “important” because they’re on a 24-hour news station after all, right?