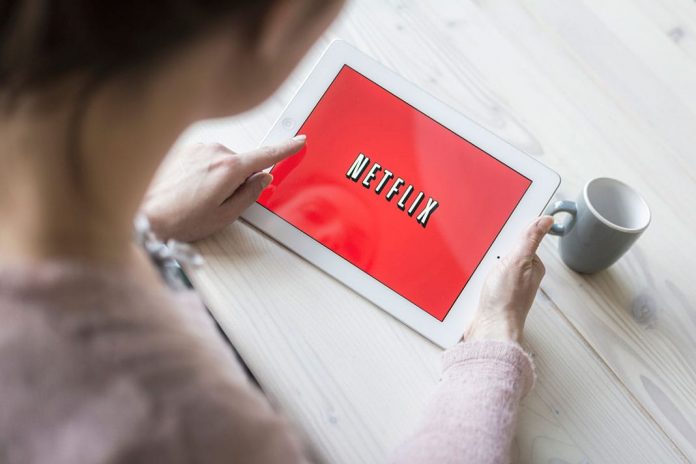 Look closely – there is a war brewing in Hollywood right now.

Netflix is winning that battle, for now, like a chess master using misdirection to fool their opponent; they’re strategically positioning pieces for total control over Hollywood.

This isn’t the obvious overspending on new original content and pleasing artists by honoring their desires during production.

It’s not about monopolizing the streaming industry with an overload of content and forcing competition into inevitable bankruptcy. No, this is a grand scheme to dominate worldwide theatrical distribution.

And if this plan isn’t in their crosshairs then they have a lack of foresight.

Disney announced recently that they wouldn’t be renewing their contract with the streaming giant in 2019, and as a result, Netflix took a huge blow in the Nasdaq.

The biggest movie studio in the world will be the first to bypass distribution and bring it directly into your home.

And you can bet that other studios will follow Disney’s path, attempting to destroy all of the streaming distribution centers, like Netflix, Amazon, Hulu, etc., and force them all into only exclusive production of original content.

That’s where they’ll win the battle, right? Being equals? Wrong, because while they’re focused on the battle, Netflix has its crosshairs on winning the war.

While Netflix has everyone fooled that streaming directly into the home is the final evolution of delivering content, they have their sights on a surprising long-term plan.

Something bizarre happened in August 2017 that is the strongest indicator of what Netflix is planning.

Co-founder and ex-executive of Netflix, Mitch Lowe, announced through his company MoviePass, that they would offer a subscription service that allows you to see one movie a day – announced at an absurdly low price of just $9.95 a month.

That’s right. Excluding 3D and IMAX, you can see whatever you want in approximately 91% of theaters nationwide for the same price as – you guessed it, Netflix. For now, at least. The nation’s largest theater chain, AMC, is trying to bar MoviePass from its locations.

And that’s where Netflix comes in. It’s not offering the same deal.

No, it’s that Netflix will build its own Movie Theaters. The future of movies is having a choice to watch it at home or at a movie theater that would be built-in to your subscription for the same price.

Imagine a movie theater where you can go and watch new Netflix new releases Netflix will be in a position soon to acquire and produce gigantic theater-spectacle films starring A-list talent. But they are fully aware there’s a problem with that.

If you had a choice to watch the summer’s biggest blockbusters at home or in the theater for the same price – more than likely, their members would prefer to see it for free with the latest movie theater technology.

And through your Netflix subscription you can reserve seats as if you’re buying tickets to a concert. First come, first serve.

But the theater’s always packed and it’s so hard to reserve seats. What next?

And it doesn’t have to be just movies.

Imagine a release of a brand new season of an original show and then either showing a series of episodes in theaters. Of an 8-episode season, you can watch the first 6 episodes at home and watch the last 2 in theaters.

Or, maybe Netflix strikes a deal with the NFL or NBA to stream games.

But the real intrigue is being able to see true classics in theaters once again. Usually that is exclusive to big cities and it happens rarely, but Netflix will make it commonplace.

If they acquired classics like Citizen Kane, Casablanca, The Shining, Psycho or Field of Dreams – people will come.

That’s where the magic truly lies.

Now, the question you should be asking yourself is how Netflix justifies spending massive amounts of money for free movie theaters?

This is where their diabolical plan is genius and the most important part.

If they were to build their own theaters, then there would be no more roommates or families sharing accounts. Every single person who loves big screen entertainment will be required to purchase his or her own subscription.

This will be a huge financial risk and burden for Netflix at first, but the eventual payoff would provide ultimate control over the movie industry. This would be an incremental process of building theaters, probably starting in population centers with the most subscribers and eventually expanding out as subscriptions increased.

But as of April 2017 Netflix was just shy of having 100 million worldwide subscribers.

That figure would double – maybe even triple – instantly if these theaters existed right now.

With 100 million people, Netflix generates $12 billion per year and if you double it, well, there’s the revenue to build the theaters.

The number of subscription purchases would only continue to skyrocket with more theaters worldwide. Also, a movie theater’s bulk of profit comes from concessions and that obviously won’t change either.

Now, what does this mean for the rest of the film and television market?

First you have to understand how expensive theatrical distribution is and the general rule of thumb is that one-week of a movie screening in 1,000 movie theaters costs approximately $1.2 million.

And that’s where Netflix leveraging comes in because those costs are built-in to their model – dealing with studios to cut their distribution costs in exchange for some of their movie library.

And all of this equates to more movies being funded because Prints & Advertising aka “P&A” is always a key factor in a movie being made because a movie’s funding lives or dies without some sort of guaranteed theatrical distribution.

Not only that, but Netflix is dead set on signing talent exclusively and giving production companies first-look deals aggressively right now because they know the future is a full one-stop shop. Cut out the middleman.

That future being giving their subscribers to come to a home away from home, so to speak

And this is why you see Apple and Amazon attempting to make a splash with a meager $1 billion investment in new projects. That’s chump change to Netflix – or at least it will be soon.

So, who will survive this?

This won’t affect HBO because they are already an effective thriving one-stop shop. But the big studios, Warner Bros., Sony, Paramount and Universal will need to deal with Netflix for two reasons if they want to survive. Disney is too big to be part of this.

1) If anything is crystal clear about Netflix right now, it’s that the actual artists undeniably love working for them and that word is spreading. Studios are known for screwing over artists and compromising their vision with unreasonable oversight.

Netflix motto seems to be “just give them the money and let them go to town.”

How could anybody compete?

Well, it looks like studios will have to start treating the artists better or else they’re going to be picking up the scraps from Netflix and they won’t do that because the business side runs the studios.

Not under Netflix though.

2) Netflix will outbid and outspend every single movie studio because they will have the collateral and Prints & Advertising will be close to $0 for every single film, which nobody will be able to compete with. That equates to more movies and even happier talent. It really is that simple.

Amazon better stick to selling household items because Netflix is coming to conquer anybody in their path and they will beat them to be the first trillion-dollar company.

Big movie studios will be struggling to stay afloat in the future because they didn’t see the future, but they won’t go down without a fight.

They’ll be forced to hand over their libraries or go completely bankrupt. And at their absolute lowest point Netflix will swoop in and buy them up, officially monopolize the industry.

But Netflix has a message for them now – and it’s like what Josh Watzkin says to his opponent in Searching for Bobby Fisher during the pivotal climax, “You’ve lost, you just don’t know it yet.” Checkmate.