Home Moderate Center Right Marco Rubio Showed America that this is what Being an Elected Official... 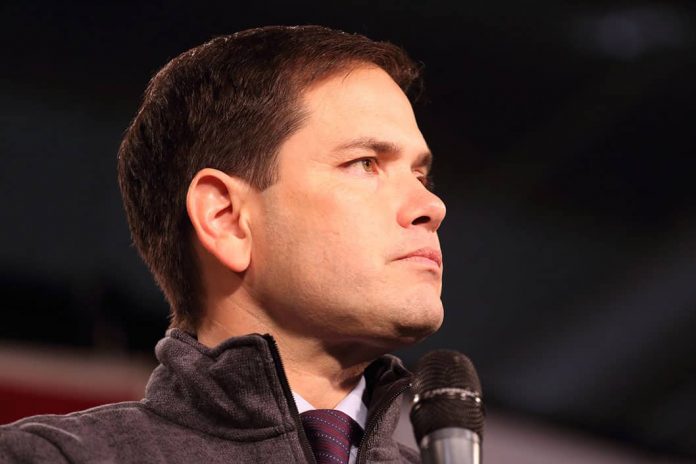 Put your political views aside for a minute.

In the wake of the Marjory Stoneman Douglas High School shooting that resulted in the deaths of 17 people, perpetrated by former student, Nikolas Cruz, with a semi-automatic AR-15, once again the debate over gun control rages on. The rhetoric was the same as always before with conservatives sending “thoughts and prayers” and liberals telling them to shove it. And not to diminish any mass shooting, but the push for gun control has never been more taut than is right now.

The school shooting survivors have been given a national platform to speak out against the atrocity they endured. Some of them have even become Twitter celebrities, like Emma Gonzalez, who at the time of this article has racked up nearly 650,000 followers since her impassionate post-tragedy speech. All of these students, despite most of them not being of age to vote yet, are pushing for gun-control reform. Most people are celebrating their voices, including politicians. President Trump pushed for the immediate ban of bump stocks, which is what was used in the Las Vegas Nevada concert shooting, allowing for semiautomatic weapons like the AR-15 to effectively become a fully automatic weapon. For others, however, their voices have fallen on deaf ears, like when the Florida state legislature rejected a ban on semiautomatic guns by a Republican-dominated vote of 36-71 in the wake of the tragedy. The Stoneman Douglas students gathered in the Capitol looked to be stunned by the result of that vote.

A civil discourse on this issue was necessary, which is why CNN hosted a two-hour Town Hall debate special exactly a week after the Parkland shooting that featured Florida Democratic Senator Bill Nelson and Democratic Congressman Ted Deutch, along with Republican Senator Marco Rubio to answer questions from distraught students, parents and teachers on gun-control policy.

One of the first things that happened after the Parkland massacre was a rundown of the NRA’s public donations for public officials. Rubio has a lifetime receipt of approximately $3.3 million. But, nevertheless, Rubio showed up to the contentious debate fully aware of the contempt survivors and victim’s families had for him in that moment. He didn’t shun away from the event and make up a scheduling excuse like Florida Republican Governor Rick Scott did. No, Rubio stood there and took the ridicule. He paid attention to every student and eloquently stated his rebuttal with certain issues. Agree with him or not, this is what an elected official owes all of us to do. Listen. Don’t refuse to show up because you know you’ll get ridiculed on your stances. Don’t send cease and desists to citizens who call your office to voice their opinions. You show everyone that you work for your constituents. And it certainly seemed like Rubio was coming around and even said he was “reconsidering” his position on specific issues.

Here were some of Rubio’s responses.

Fred Guttenberg, whose daughter was killed in Parkland shooting, to Sen. Marco Rubio: “Look at me and tell me guns were the factor in the hunting of our kids … and you will work with us to do something about guns” https://t.co/puYEwoVG1N #StudentsStandUp https://t.co/AC5Zh2567K

Sen. Marco Rubio: “I think all of us would like to see action, but I want to tell you what we’re going to struggle with. We are a nation of people that no longer speak to each other.” https://t.co/RCbm3pCJU9 #StudentsStandUp https://t.co/RaABjVqKTd

A teacher who sheltered dozens of terrified students during the Florida high school shooting asked why some think it’s a good idea that she be armed.

Rubio’s toughest moment was an ultimatum given to him by student survivor Cameron Kasky.

Florida school shooting survivor Cameron Kasky challenges Sen. Marco Rubio: “Can you tell me right now that you will not accept a single donation from the NRA?” https://t.co/LiU42QFBEv #StudentsStandUp https://t.co/p6jlUGFxOs

What Rubio did here – regardless of agreeing or disagreeing with his political views – is exactly what we should demand out of all of our elected officials. This is a Democracy after all, isn’t it?