Home Sports & Entertainment The Last Two Years have had the Most Unprecedented Moments in Sports... 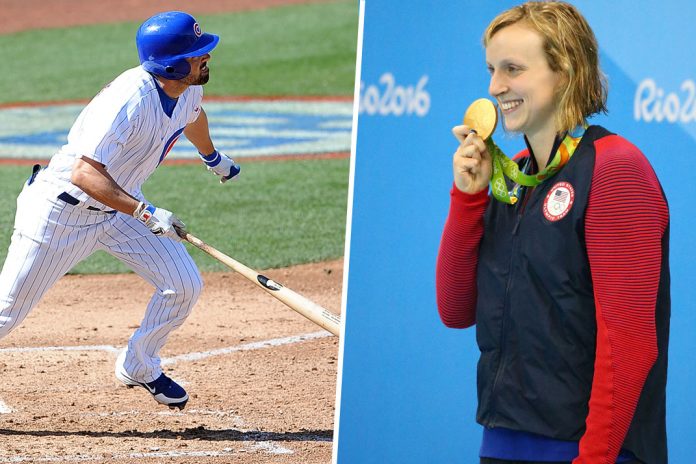 What would you say if someone asked you in 2015 what was the greatest year in sports history? Most would automatically gravitate to a natural bias towards their favorite team or player. For instance, Chicago Bulls’ fans would undeniably choose Michael Jordan’s legendary years as a centerpiece and then determine what else happened in the years between 1992-1998 (omitting his retirement year).

But from March 2016 to now has been the most unprecedented time span of great moments in sports history. We’ve had unparalleled upsets, championship droughts expunged, comebacks the likes of which we’ve never seen and massive amount of “unbreakable” records broken.

Let’s take a look at the last two years of unprecedented moments in sports history, by sport.

Stephen Curry demolished the regular season 3-point record – his own record from the previous season of 286 – by sinking an eye-popping 402 of them. In that 2016-2017 season, Curry was the first unanimously selected MVP in the history of the NBA.

Then his Golden State Warriors broke the “unbreakable” record 72-win season set by Michael Jordan’s 95-96 Bulls by one win – 73-9 record – during the last game of the regular season.

But ironically, on that same day that history was made with a largely insignificant game due to NBA playoff implications – the aging Kobe Bryant ended his retirement tour by stealing the show in an emotional last performance. Bryant put up a staggering 60 points in his final outing to remind the world one last time of his legendary career. Also, he just won an Academy Award.

During that year’s Finals, LeBron James led his hometown Cleveland, Cavaliers to a historic 3-1 series lead – something which had never been done in NBA Finals history. Some would argue that James had greatest 3-game stretch NBA history and amazingly led both teams in every single stat category, which had also never been done before.

Then there’s the incomparable ferocious OKC Thunder guard, Russell Westbrook, whose historic season was the stuff of legend. Westbrook broke a 55-year-old triple double record held by Oscar Robertson – 41 triple doubles – many who thought that record would never be broken.

Super Bowl LI between the Atlanta Falcons and the New England Patriots was shaping up to be a snooze fest until the end of the 3rd quarter. The momentum began to shift. That’s when Brady led the Patriots back from a 25-point deficit to tie the game and force overtime. In the first OT in Super Bowl history, Tom Brady cemented his legacy as one of, if not the greatest Quarterback of all time by winning the Lombardi trophy.

Then the New England Patriots returned for Super Bowl LII against the underdog Philadelphia Eagles, forced to rely on backup quarterback Nick Foles because starter, Carson Wentz, suffered a season-ending ACL tear. But not only did Foles play magnanimously, he was close to flawless in an enormous upset over the defending champions.

The historically disenfranchised and superstitious Chicago Cubs won the World Series for the first time in 108 years. Ironically, like Cleveland Cavaliers’ comeback from a 3-1 deficit against the Golden State Warriors just months earlier, the Chicago Cubs also came back from a 3-1 lead to defeat the Cleveland Cavaliers. Game 7 was one for the ages, sensational and dramatic. The game was tied after 9 innings, forcing a 10th, but then came a 17-minute rain delay as if the baseball gods were intentionally adding unbearable suspense. At the Cubs parade in the streets of Chicago, 5 million people showed up to celebrate the 108-year drought. To put that into perspective, it ranked as the 7th all time gathering of people in human history.

The following year, the Houston Astros defeated the Los Angeles Dodgers to win their first-ever championship.

2016 – In what was wildly considered the most thrilling Men’s basketball National Championship game ever, Villanova ripped UNC Chapel Hill’s hearts out with a buzzer-beater 3-pointer.

In one of the most thrilling NCAA National Championship in college football, Clemson came back to score a touchdown with one second to go against heavily favored Alabama.

After suffering from a devastating loss last year, the UNC Tarheels redeemed themselves in the National Championship by ripping out Gonzaga’s hearts in a sloppy win.

In the Women’s basketball NCAA Final Four, the Mississippi State Gamecocks ended the dominant UConn Huskies’ all-time record 111-game win streak with a buzzer-beater shot for the ages – that was nicknamed by many media sources as the “shot heard round the world.”

Alabama had an improbable comeback with a backup quarterback to force overtime and beat Georgia.

March “Madness” has really held up to its title so far in the 2018 tournament. Many Cinderella teams have advanced like Loyola Chicago, who at the time of this article, has advanced to the Elite 8. But history was made in the first round when 16th seed University of Maryland Baltimore County upset the number one overall seed University of Virginia Cavaliers – a feat that had never been done in NCAA tournament history.

Michael Phelps proved he’s still the greatest swimmer in the world topping out at 23 gold medals for his career.

The fastest human ever, Usain Bolt, returned for his 3rd consecutive Summer Olympics to prove, once again, he’s still the fastest man at the world by winning gold in the 100 m and 200 m.

And Katie Ledecky set two world records in the 400-meter and 800-meter freestyle.

Tiger Woods might be back. Woods tied for 2nd place at the Valspar Championship and took 5th in the Arnold Palmer Invitational in back-to-back weekends. The Sunday 4th round of each had the highest TV ratings since 2013 when Woods was in regular contention, which means the golfing world really missed him. Now, Woods is the odds on favorite to win the Masters tournament in April according to Westgate in Las Vegas.

All of these moments in sports history happened inside of 24 months. Describing those two years as unique is a massive understatement. Calling it an anomaly seems like a disservice to the incredible achievements.

And if Tiger Woods wins the 2018 Masters tournament? We should all be prepared for it to be the greatest 36 months in sports history because as Russell Westbrook would say “Why Not?”