Deprecated: Function create_function() is deprecated in /home/customer/www/freepressdailynews.com/public_html/wp-content/themes/Newspaper/includes/widgets/td_page_builder_widgets.php on line 7
 Kanye West is the One Who is a Prisoner of his Own Mind - Free Press Daily News
Tuesday, May 11, 2021

Home Sports & Entertainment Kanye West is the One Who is a Prisoner of his Own... 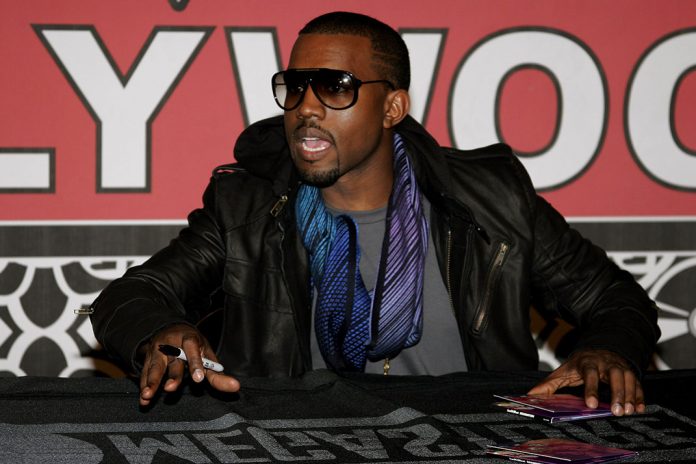 Deprecated: Function create_function() is deprecated in /home/customer/www/freepressdailynews.com/public_html/wp-content/plugins/wp-spamshield/wp-spamshield.php on line 2033

When Cleveland Cavaliers’ star LeBron James discussed his disdain for President Trump during a 17-minute interview with ESPN’s Cari Champion alongside Golden State Warriors’ Kevin Durant back in February, Fox News star Laura Ingraham rebuked his opinion on The Ingraham Angle and famously ended her rant with “shut up and dribble.” Ingraham elaborated, “it’s always unwise to seek political advice from someone who gets paid $100 million a year to bounce a ball.” Rhetoric that celebrities should “stay out of politics” has been a growing epidemic perpetuated by right wing media institutions, especially when those views lean towards liberalism. The question becomes whether Ingraham would’ve made those same comments if James were hypercritical of something she agreed with.

Enter Kanye West, the superstar rapper who has been called a genius and the greatest musician of his generation. West has always been a bit of an oddball. In 2005, the 21-time Grammy Award Winner said, “[President] George Bush doesn’t care about black people,” during a “Concert for Hurricane Relief” to benefit victims of Hurricane Katrina. In 2009, West arrogantly stormed the stage at the Video Music Awards while Taylor Swift was accepting her award in the Best Female Video category for “You Belong With Me,” which beat out Beyonce’s “Single Ladies (Put a Ring On It)” and stole Swift’s microphone to announce that Beyonce’s video was “one of the best videos of all time.” And then after the 2016 presidential election, he canceled the rest of his tour following controversial comments at a show that he would’ve voted for President Trump, if he had voted.

He canceled the rest of his tour

But West took his wild antics it to a whole other level in April. West doubled down on his support for the president on Twitter, which was met with immense backlash from his largely liberal following and fellow celebrities. He labeled himself as a “free thinker” and was rejoiced by alt-right media sites that made him the poster boy for Trump supporting African Americans.

Free thinkers don’t fear retaliation for your thoughts. The traditional thinkers are only using thoughts and words but they are in a mental prison. You are free. You’ve already won. Feel energized. Move in love not fear. Be afraid of nothing.

And then West visited the TMZ headquarters in Los Angeles and that’s where things took a bizarre turn.

Kanye West stirs up the TMZ newsroom over TRUMP, SLAVERY and FREE THOUGHT. There’s A LOT more that went down … and the fireworks are exploding on @TMZLive today. Check your local listings for show times. pic.twitter.com/jwVsJCMPiq

Calling slavery a “choice” is an abomination in itself and doesn’t just undermine his ancestors who suffered through one of the darkest points in American history, but it disregards the literal definition of the word. While West kept saying he’s a “free thinker,” he also talks about people being a “prisoner of their own mind,” which is similar to the idiom “pick yourself up by your bootstraps.” It’s this idea that people are mentally enslaved.

Calling slavery a “choice” is an abomination

Here’s the thing, though, he’s just flat-out wrong. West is the one who is a prisoner of his own mind and the reasoning is simple. When he calls himself a free thinker, he’s effectively demanding attention for it, which means he’s desperate for validation that he thinks differently from everyone else. West is known for constantly labels himself as a genius and this is a parallel to that. Essentially he’s pigeonholed himself into a category of elitism while insinuating that everyone else, who doesn’t share his asinine ill-conceived view on slavery, is brainwashed. West truly believes that any naysayers are attempting to silence what he believes to be provocative.

“In other words, “freethought” traditionally has been associated with progressive movements for social change, not individualistic provocateurs like West, whose understanding of ‘freethought’ seems to be that he’s unafraid to voice whatever passes through his mind,” Jeet Heer of The New Republic wrote. “The problem is that, at least publicly, he doesn’t interrogate these thoughts; he merely spouts them, regardless of their merit. Geniuses don’t need to explain themselves, apparently.”

All of this could be an elaborate scheme designed to sell more albums or an attempt to sell his rap albums to the 60 million Trump supporters. It’s quite possible that he knows his fans are loyal and they will buy his work regardless of his political views. But it could also be a cry for help because he’s trying to rationalize the way he thinks, which means he’s a prisoner of his own mind.