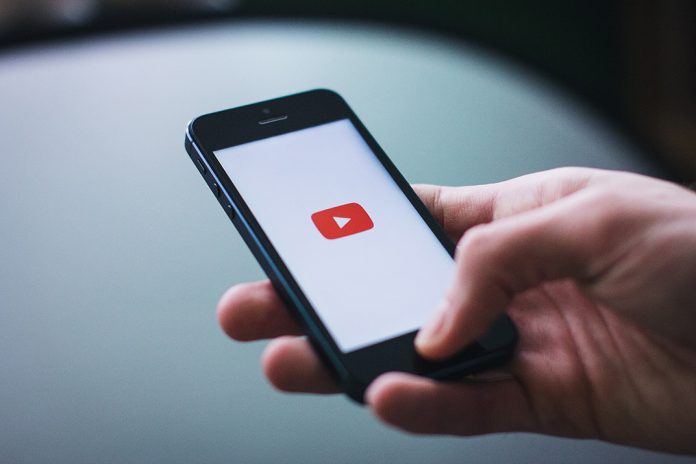 The landscape of movie trailers has changed significantly in the hundred-plus years of the film industry. Take a look at Citizen Kane’s bizarre four-minute trailer in 1941 and compare it to Alien, which is widely believed to be the greatest one ever made. Before the invention of high-speed Internet, the only way to get your trailer-fix was prior to the movie you were seeing in theaters or home rental.

That excitement was joyous because you were mostly going in blind. You’d witness the two-minute joy of a movie you had no idea was being made and the collective crowd all whispering at the same time, “We need to see that when it comes out” Trailers are dynamic and indisputably the most powerful marketing device of the film.

It’s more important than any filmmaker involved in the project for the same reason that a bad trailer of a Steven Spielberg is the equivalent of a great trailer of Jordan Peele’s Get Out. One is made by one of the great directors in the history of the film and Get Out was a directorial debut with a cast of modest names. The trailer can be the difference in hundreds of million so dollars.

But then we’ve all seen trailers that completely – sometimes intentionally – connive you into buying tickets opening weekend, deceiving you in your expectations. Some trailers are truly spectacular and then by the time you’re midway though the first act, you’re yawning so hard you don’t care that the tears are blurring the screen.

These are the top ten movies with amazing trailers that were an enormous letdown.

One thing you can expect when you see M. Night Shyamalan’s name in the trailer is that there is going to be a reality-altering twist in the end. It’s his biggest trademark. But there’s no ambiguity with this trailer. They live in colonial America. There are monsters in the woods. It’s pretty simple.

Now, if you’ve seen the movie you’d know that there are no monsters – it’s the fabrication that there are monsters by the elders to keep the children from wondering off, because the secret they don’t want them to know is that this isn’t the 17th century America, it’s present day.

Imagine if you had paid to see a big blockbuster action movie and it was just two guys talking a hotel room for two hours.

Okay, this is not a bad movie. It might be the only one on the list that did have redeemable qualities and that’s why it lands here at number nine. But in comparison to the jaw dropping visuals in the trailer the story is a bit of a letdown and you don’t actually see Godzilla until late in the movie. Most of the glamorous eye-popping shots are in the trailer and that’s always annoying.

8) Dumb and Dumber To

A sequel to the 1994 Harry and Lloyd adventure had been a longtime coming. The Farrelly brothers were back to pen and direct. It’s a recipe for legendary status, but it wasn’t even in the same arena as the original.

The funniest jokes are in the trailer. When developing a movie with an enormous built-in audience one thing the filmmakers have to determine is how can we do the same but different, but although they tried, this wasn’t even close to one of the great quotable comedies ever made. The trailer was promising and part of the nostalgia of bringing the same principles back was exciting enough to get people out of the house. Ultimately, it was a shameful embarrassment considering what we all know they’re capable of making.

If there’s one thing a James Bond movie doesn’t need is word of mouth. Harping on Casino Royale, the Quantum of Solace trailer picks up exactly where they left off with the heartbreak of Daniel Craig’s Bond losing someone he genuinely loved. Now all bets are off and an unhinged 007 is taking the action to the next level.

That’s at least what the trailer looks like it will be right? Far from it. It’s a confusing mess of overloaded set pieces that are poorly edited and unrealized and a far cry from it’s predecessor (and both of its successors for that matter).

This trailer is straight up shameful. It’s a complete slap in the face in its manipulation of the movie’s tone and genre. The marketing department shamelessly disguised this dumpster fire as a comedy. In Hollywood, one of the most overused terms is “high concept,” which is essentially the hook. Downsizing is about shrinking your body to live in tiny communities for monetary and environmental purposes, except his wife got cold feet and didn’t tell him before the irreversible procedure.

Sounds great right? No, this turned out to be a sappy condescending oddball over-the-top drama that wasn’t funny at all. It was just sad. And to think the studio thought this was good enough for awards season is laughable.

The first trailer released was pathetic but a couple of months later they pulled off a one-eighty with second. Structurally it looked sound; save the dinosaurs from the volcano-erupting island in the first half and the second half is about the auction, dinosaurs escaping and terrorizing the town.

There were some extraordinary shots like the Indoraptor howling at the moon like a werewolf, the Tyrannosaurus-rex growling at the lion on the cliff and the Mosasaurus about to swallow a surfer riding a giant wave whole. Striking, beautiful images that imply chaos, literally Jurassic “World.” But all of that is just a montage at the end. Sadly, none of those images had anything to do with the plot.

Prometheus was one of the most anticipated movies of a generation. Ridley Scott is back in the director’s chair for the Alien franchise since the classic that put him on the map. The trailer is enormous in scope and flat-out intense. The movie was definitely not. Bogged down by exposition and philosophical nonsense, it was too far removed from what made the first one unique.

It’s okay to even change up the genre slightly too. The best example is the difference between Scott’s Alien and James Cameron’s Aliens. Alien was the first Sci-fi horror and Aliens was more of an action thriller.

But Prometheus was trying to be different than the others by explaining too much philosophically which dragged the pace down to a painfully slow crawl for most of the film.

Great cast. Awesome action. Hilarious jokes. Outstanding idea making the bad guys the good guys. Queen’s Bohemian Rhapsody blaring. It might be the perfect trailer. But it was a terrible, just awful film. It was shockingly bad.

2) Indiana Jones and the Kingdom of the Crystal Skull

After eighteen years, Harrison Ford was back in his most iconic role and Spielberg back in the director’s chair once again. What could go wrong?

The opening of Kingdom of the Crystal Skull in the warehouse is really fun. That’s pretty much the trailer. Hearing John Williams’ iconic score and the shadow of Indiana Jones picking up his hat the rolls into his feet is enough to send shivers down your spine.

It was depressing how off-the-mark this movie was because not a single fan wanted it to be bad, especially when the worst entry of the trilogy, Temple of the doom, is still a great movie!

The biggest franchise in the history of movies is back with the origin story of how Anakin Skywalker became Darth Vader. John Williams brand new score sounds fantastic. You already know how bad this movie was. Let’s move on.

The Force Awakens and The Last Jedi might be two of the most polarizing films ever made given the fanatical fan base. Episode VII’s trailer was a 30-year wait to finally see our favorite characters don the costumes once again. But it was the moment when you finally get a glimpse of seeing the Millennium Falcon back in action, chased by TIE fighters that would make any fan of the franchise cry with tears of joy.

The gripe with the actual movie is that if you’re going to get the gang back together again then why structure the story in a way where your two biggest characters, Han Solo and Luke Skywalker, have zero scenes together? Also, you already know that this movie was A New Hope 2.0.