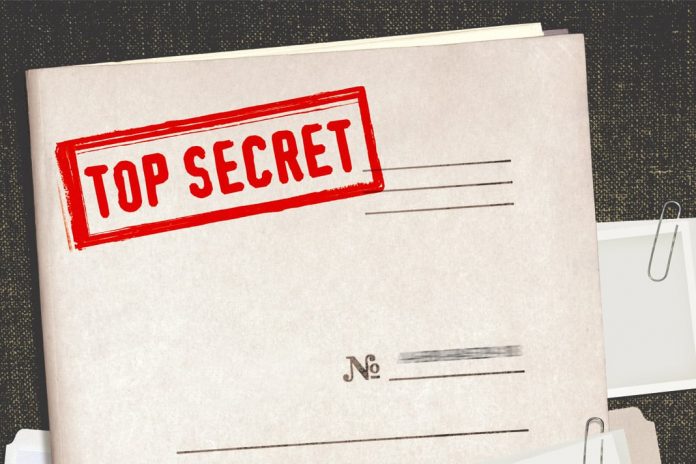 According to public records, the House Permanent Select Committee on Intelligence (HPSCI) consists of 22 Republicans and 9 Democrats. Senator Nunes (R) and Senator Schift (D) are the ranking members. The bipartisan HPSCI has been investigating the rationale behind and the findings of a Foreign Intelligence Surveillance Act (FISA) warrant initiated by the FBI and DOJ on October 21st 2016, on an American citizen, Carter Page, who remains under investigation at this time. The detailed findings with sources and methods remain classified, however a declassified “Republican only” synopsis of the findings has been released to President Trump, who authorized declassification of the memo for public review and transparency. Democratic members vehemently disagreed with the release and content of this memo and are intending to release another version to President Trump for public review and “correction”.

As laid out in the memo section, Investigation Update, this particular FISA received authorization from the FISC (court) to electronically surveil Carter Page. “Consistent with requirements under FISA, the application had to be first certified by the Director or Deputy Director of the FBI. It then required the approval of the Attorney General, Deputy Attorney General, or the Senate-confirmed Assistant Attorney General for the National Security Division.” The requesting FBI and DOJ seniors were “Then-Director James Comey signed three FISA applications in question on behalf of the FBI, and Deputy Director Andrew McCabe signed one. Then-DAG Sally Yates, then-Acting Dana Boente, and DAG Rod Rosenstein each signed one or more FISA applications on behalf of the DOJ.”

When a FISA application is made involving an American citizen(s), there must be irrefutable probable cause presented to the FISC. “As such, the public’s confidence in the integrity of the FISA process depends on the court’s ability to hold the government to the highest standard – particularly as it relates to surveillance of American citizens.” The person(s) on the FISC has not been disclosed at this time.

So, who is Carter Page and why did the FISA court authorize electronic surveillance one month before the Presidential election? Mr. Page is an American oil industry consultant and a former foreign-policy advisor to Donald Trump during his election campaign. He is the founder of an investment fund and consulting firm specializing in the Russian and central Asian oil and gas business. As the investigation into Russia’s collusion and obstruction in the 2016 election continues, investigators are looking for information from one of President Trump’s campaign advisors, Carter Page.

What has he to do with the alleged Trump/Russian collusion in the 2016 election? Nothing found so far.

Upon reading the released public memo, Carter Page was nothing more than a gateway for senior leadership of the FBI and DOJ to sabotage the Trump campaign and ensure election of Hillary Clinton. With a FISA court authorization based on misleading information, the powerful intelligence surveillance capability was focused on the Trump campaign and unmasking of U.S. citizens by the Obama administration.

The released memo has five revelations that imply senior government collusion and corruption operating just below President Obama during the 2016 presidential election.

Section 1 cites that highly relevant information ”known by senior FBI and DOJ officials”, was omitted in the initial and subsequent FISA applications to the FISA Court. Christopher Steele, who is an ex-British spy and “longtime FBI source”, was hired by the research firm Fusion GPS to compile derogatory information on “Donald Trump ties to Russia”. The Christopher Steele dossier “formed an essential part of the Carter Page FISA application”, however the FBI and DOJ senior leadership did not mention that Steele was paid “over $160,000 by the DNC and Clinton campaign” via law firm Perkins Coie and the Washington D.C. research firm, Fusion GPS. Lying to the Court by omission of political funding.

Section 2 discusses a Yahoo News article by Michael Isikoff, published September 23, 2016, on a Carter Page trip to Moscow in July 2016. “The article does not corroborate the Steele dossier because it is derived from information leaked by Steele himself to Yahoo News.”

Steele admits “in British court filings that he met with Yahoo News and several out outlets in September 2016 at the direction of Fusion GPS.” However the “Page FISA application incorrectly assesses that Steele did not directly provide information to Yahoo News.”
Steele was “a longtime FBI source” and has since been fired due to an “unauthorized disclosure to the media of his relationship with the FBI in an October 30, 2016, Mother Jones article by David Corn.”

This form of false circular reporting was probably submitted to satisfy the requirement of statute 50 USC paragraph 1805(d)(1), “a FISA order on an American citizen must be renewed by the FISC every 90 days and each renewal requires a separate finding of probable cause.”

Section 3 reveals that before and after his termination, Steele maintained DOJ contact with Associate Deputy Attorney General Bruce Ohr. As verified in FBI documentation, Steele admitted to Attorney Ohr that he “was desperate that Donald Trump not get elected and was passionate about him not being president”. Bruce Ohr’s wife also worked for Fusion GPS to assist in the cultivation of research against Trump. None of this blatant bias was reflected in the Page FISA applications.

Section 4 of the memo, another FBI director, Bill Priestap, stated corroboration of the Steel dossier was “in its infancy at the time of the initial Page FISA application”. Director Comey also testified nine months later in June 2017, the dossier was “salacious and unverified”. FBI Deputy Director McCabe however testified before HPSCI in December 2017 that “no surveillance warrant would have been sought from the FISC without the Steel dossier information”.

This shows that without the integrity of individuals holding their oath of office, the American people are in danger of their Fourth Amendment right. Because of the secrecy of this process, FISC has also received criticism as a rubber stamp and highly biased court. But it is not immune to congressional oversight.

Section 5 talks about another Trump campaign advisor, George Papadopoulas. Because he was mentioned in the Page FISA application as a possible conspirator, FBI agent Pete Strzok initiated a FBI counterintelligence investigation to uncover evidence. Nothing was found on Papadopoulas, however Strzok’s extensive text messages with attorney Lisa Page on the investigation, orchestrating media leaks, and meeting with Deputy Director McCabe to discuss an “insurance” policy against Trump’s election was exposed. The left scoffs at the idea of a massive Deep State conspiracy, but this seems like full proof evidence.
If not for Congressional oversight committees like HPSCI, none of this would have seen the light of day. Fortunately, Republicans saw the need to expose this corruption, whereas Democrats want to hide everything under the rationale of being reckless, dangerous, and irresponsible to the government and people.

Now, the Democrats are intending to release their version. But when the media ultimately compares both, America will realize how important integrity is to the leadership of our country and that the oath of office really does matter regardless of politics.

Our forefathers devised the Constitution to ensure freedom and liberty from control and tyranny by foreign and domestic powers. It’s never the right of our federal and state government leaders to undermine the American people whose voices were heard in November 2016.