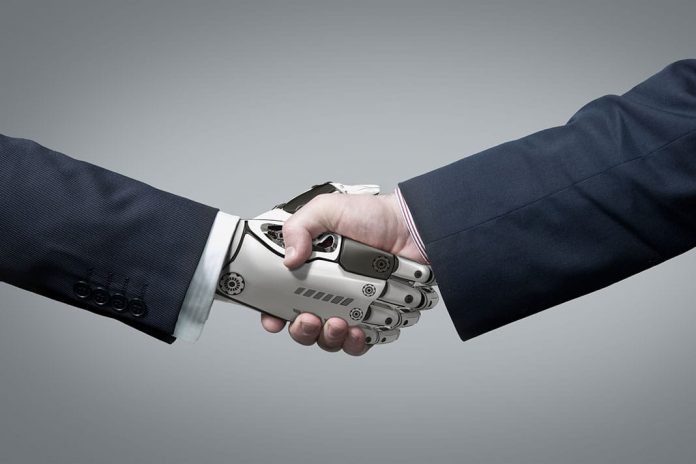 The future of technology will change drastically in the next 50-100 years and powerful figures have a great understanding of where the world might be headed. Russian President Vladimir Putin recently said that whichever country reaches a breakthrough in developing artificial intelligence would become the new superpower.

One of the world’s greatest inventors, South African-born Elon Musk, predicts that the future of artificial intelligence will have a much more sinister outcome.

There are two different types of AI, weak and strong. While we have many examples of weak AI right now, strong is only a philosophical prediction at this moment. Apple’s Siri is the best example of weak AI; capable of simple pre-defined tasks, but it lacks consciousness or sentience, meaning that it does not have the capability of becoming aware of itself.

For instance, if Apple’s Siri turned your phone on by itself and asked you an existential question like if she was a computer, then she evolved into a strong.

In James Cameron’s Terminator 2, both terminators, despite the fact that one is more advanced than the other, both are still considered weak AI because they are programmed to do the tasks they were programmed to do.

But in Spike Jonze’s Her, the operating system named Samantha is strong because not only is she capable of love, but also she joins other OSes and evolves beyond their human owners to explore the meaning of their own existence.

Alex Garland’s Ex Machina demonstrates the successful pass of the Turing Test with Ava – a test developed by one of the greatest scientists, Alan Turing, of the 20th century who helped the allies win World War II when he broke the code of the German ciphers – where a human tests a machine’s ability to exhibit qualities indistinguishable of humans.

Ava demonstrates the gamut of being a human.

So the question becomes is it possible that in the next 100 years can scientists create strong AI like Ava?

The short answer is probably not.

But, rather, the question should be, in the next 100 years can scientists create such advanced weak AI that it will wipe out entire industries?

So the short answer is maybe, but highly unlikely.

Here are the industries that will become extinct of most or all human employment with the advancement of AI in the next century.

This will be the first industry to be completely run by AI and it began with the creation of the assembly line in the auto industry. If it isn’t already, any complicated electronic device/system will be 100% manufactured by AI. But then, soon after, AI will be tasked with building houses, skyscrapers and any mass structure like hospitals and malls. Everything that a human uses his hands to build will be changed forever.

It’s not just the manufacturing of medical equipment and pharmaceuticals. Do you need a complex open-heart surgery? Welcome to your AI surgeon Hal 9000. The good news is that a doctor will have to oversee operations, but he’ll be able to perform many at once, eliminating the need for an abundance of doctors on scene. Also, AI companies will need to program exact medical procedures and it won’t be cheap. But it will eliminate many hospital jobs once they’re fully operational.

This is obviously already happening with the invention of self-driving cars. No licenses will be required and that will lead to the massive downsizing of governmental agencies like the Department of Motor Vehicles. Self-flying airplanes are also already being developed right now. Self-driving cars and trucks, and drones will handle delivery services for companies like USPS and FedEx. Unfortunately, this is one of the most populous industries. A Morgan Stanley report revealed that the automated take over of the transportation industry will save us in excess of $1 trillion per year.

The customer service industry will probably be hit the hardest but it will take a long time. Don’t just consider them to be a customer service representative when you make a phone call. Think about it in terms of real people who work in retail, restaurants, banks, security and every employee that can be undermined by an automated service. If Amazon doesn’t kill the mall industry, imagine walking into a mall and every store, from restaurants to retail, is completely AI. In fact, ironically, the only humans you might see, other than the customers, will be engineers fixing a malfunctioning AI. Will Mom and Pop stores cease to exist, though? It’s doubtful because there will always be a sector of the population that are willing to spend more money for human interaction.

These examples are just the tip of the iceberg. In 50 – 100 years we’re going to be looking at a global unemployment crisis because of the advancement of AI.

Could the economy further evolve and find new jobs? Some will, but there is no way it will be able to offset the billions of global jobs that are needed.

So while President Trump wants to bring the coal industry back to save miners jobs, it’s only temporary, because if we don’t lose the use for coal soon, AI will be doing that as well.

We are moving towards a socialistic society with a universal basic income with the advancement of AI because if you’re not on the forefront or in a job for which AI investment is too expensive, then you’ll have nothing. If you thought the cliché “the rich get richer” was a problem now, wait until you see how AI will decimate the middle-class. And if there is no universal basic income – Elon Musk is right – it might start World War III.