Deprecated: Function create_function() is deprecated in /home/customer/www/freepressdailynews.com/public_html/wp-content/themes/Newspaper/includes/widgets/td_page_builder_widgets.php on line 7
 “A Quiet Place” is a Wonderful but Completely Illogical Movie - Free Press Daily News
Tuesday, May 11, 2021 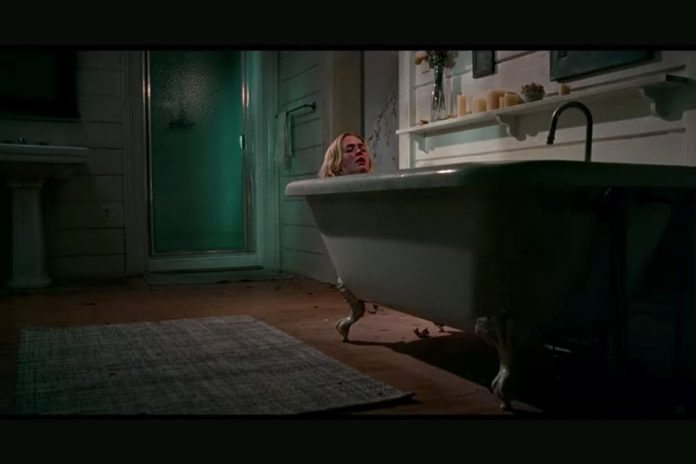 “A Quiet Place” is a Wonderful but Completely Illogical Movie

Every once in a while, there’s a “movie of the moment.” Last year, Jordan Peele’s social-thriller box-office monster “Get Out” was that surprising gem that took America by force. This year it’s John Krasinski’s “A Quiet Place,” starring his wife both in real-life and on-screen, Emily Blunt, which destroyed original projections by becoming a smash hit movie-lovers can’t stop talking about.

The wonderfully suspenseful jaw-dropping, butt-clenching, almost dialogue-free horror film undoubtedly lives up to the hype. It’s intense with genre-bending storytelling about a family hiding in plain site from monsters whose only senses are sound. At times that atmosphere feels like a family drama with external horrifying forces ready to intrude on the peaceful world.

And while you’re watching, the flaws in “A Quiet Place” might not be reticent immediately, but become glaring after fully analyzing what you just saw.

This isn’t necessarily a review of it “A Quiet Place;” the following is for those that have seen the film and an analysis of the fallacies in the movie.

Why not live next to the waterfall?

The father, Lee Abbott, insists to his young son that he’s allowed to talk because the monsters can’t hear them, which implies that Lee has already knew this was the case and that has already risked his life to find out. Seemingly, one implication is that these monsters know to stay away from the waterfall because the sound it makes is just a part of the environment. So, if this is the case, then why don’t they live near the waterfall so that they can communicate and not worry about coughs and sneezes? Why wouldn’t Evelyn and Lee Abbot consider having the baby under the waterfall? Or, why not make an artificial waterfall and when the monsters conclude that it’s a part of the environment and then they could live without fear of small sounds?

How does weather not affect these monsters?

All of the rustling leaves blowing in the wind. What about rain and hailstorms? Lightning? Thunder?

Why not create misdirection with sound?

To be clear, they use misdirection with sound to lure the monsters away from them successfully. But why stop there? Why wouldn’t you rig a whole sound system through town?

Couldn’t you put blaring sound systems through massive speakers on the edge of the property, or in town? You could overwhelm them with noises – like blasting movies or music over a loudspeaker – all over the perimeter to confuse them. Although they successfully misdirect the Stranger Things monster rip-offs – there was nothing in the movie that indicated they had tried something like that.

You could put all sorts of human-like loud noises throughout the property to misdirect these monsters when you’re in a pinch.

Why wouldn’t you soundproof the whole house by now?

Really though, have you ever been on the other side of sound proof glass or have been on the outside of a music studio room? You. Can’t. Hear. Anything. They did build the underground “lair” covered by a mattress, but that’s the best they had? Their hope was that this lackadaisical “soundproofed” basement was “hopefully” going to cover the baby’s crying?

Also, if you’re argument that is that these creatures’ supersonic hearing goes beyond that then they would’ve also heard bare feet on hardwood floors or running through the sand.

If a shotgun can take the head off of one of these monsters, then there’s no way the species would’ve survived in 2nd Amendment America.

If they’re that easy to kill then the writers must’ve forgotten that this is the gun-touting United States of America.

Did they really not think about contraception?

Having a baby obviously adds to the intense nature of the film, but the idea that this didn’t occur to the leads as being a problem that could kill the entire family is shortsighted at best.

At one point, a monster devours a raccoon. Wouldn’t all animals be dead by now? They have no way of stifling sound and wouldn’t know to do so anyway.

With all of that said, the tone and atmosphere creates an entertaining powerhouse of a movie with the hopes that you’ll suspend your disbelief and ignore some of the logic. It is just a movie after all.