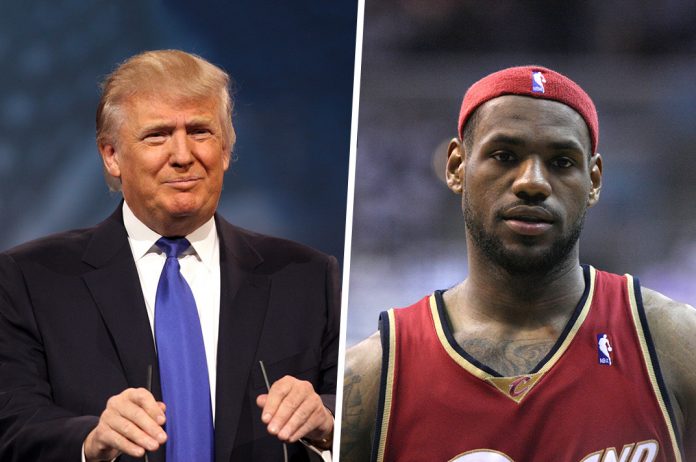 It was the tweet heard round the world at the stroke on a Friday at the stroke of midnight somewhere within the White House walls. President Trump donned his Internet troll hat once again as ad hominem attacked future NBA Hall of Famer LeBron James and CNN analyst Don Lemon.

Inarguably the greatest basketball player in the world funded a public school for at-risk students called ‘I Promise,’ devoted to third and fourth-graders (for now), the school provides students with free breakfast, lunch, snacks and drinks, free uniforms, bicycle and helmet, free transportation, free food pantry for families, a GED and job placement program for parents, and above all – free tuition.

‘I Promise,’ devoted to third and fourth-graders

It’s a project that will cost James just north of $8 million out of his own pocket. Everyone has hailed James as a hero for his amazing philanthropic venture, except for one person, President Donald J. Trump.

His tweet was likely in response to certain things said during an interview between James and CNN anchor Lemon. Among many things, James said he would never sit down with Trump and that he was using sports to divide America.

On the surface, it’s seemingly just another overly sensitive retaliation on his favorite social media platform. But his tweet has much more sinister undertones.

James hasn’t been shy with his criticism of Trump before like when he called him a bum in response to Trump disinviting fellow NBA superstar Steph Curry from the White House, but for some reason Trump waited until this exact moment to finally attack arguably the world’s greatest living athlete’s intelligence.

Trump said all of this right before an Ohio rally.

Ohio just happens to be James’ homes state and where the Cleveland Cavaliers play. One of the most famous athletes in the world is homegrown there. It’s fair to say – despite the hatred towards him when he left for the Miami Heat in 2010 – that Ohio residents consider him Godlike. They cherish him on a Jim Brown level and quite possibly more so than.

Trump’s move here is about optics. It’s about sending a message as The Joker says in “The Dark Knight.”

He knew this was James’ state and yet he said it anyway. Ohio is part of the rust belt states, which swung the 2016 General Election.

As much as Ohio residents love King James, Trump knows that his rallies appear as though he’s much beloved in the rust belt state. It’s a safety net.

He’s free of boos and heckling at these rallies regardless if LeBron James is the most celebrated Ohio athlete of all time.

Trump’s message, “I’m bigger than you and to prove it, I’ll criticize you publicly, and I’ll show you I’m still beloved in Ohio.”